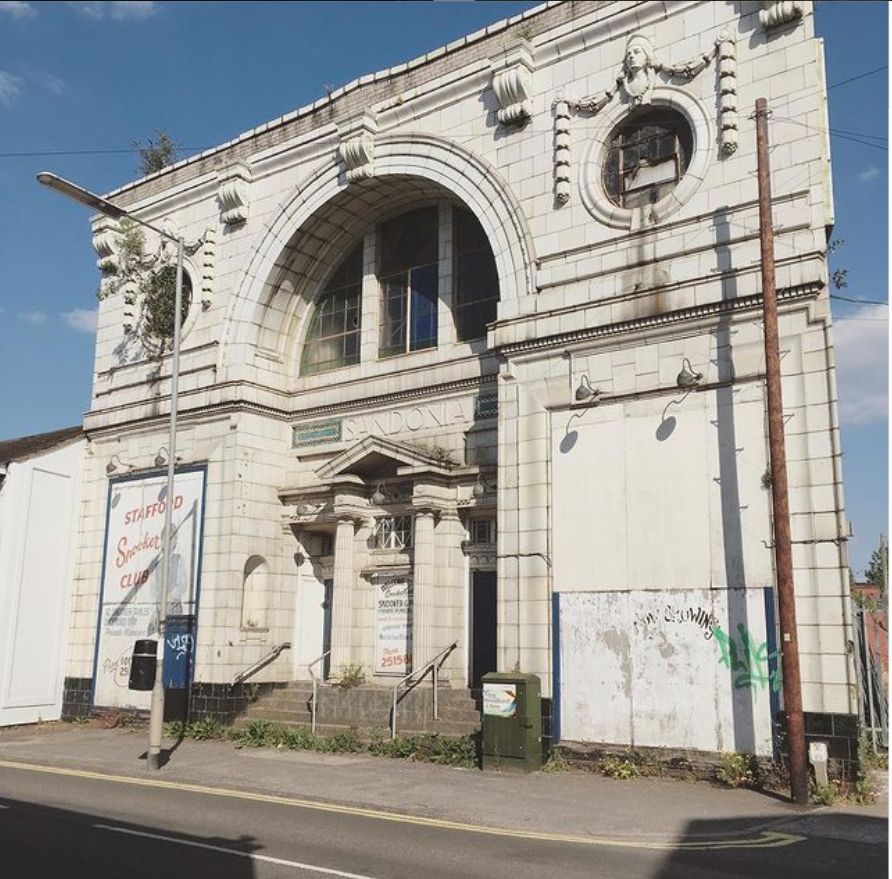 Calls to save the old Stafford cinema from demolition continue

A campaign to save an old cinema continues after plans to demolish it have been officially submitted.

The demolishers have started to demolish the century-old building in Sandonia, photo above, Friday, June 2 before Stafford City Council ordered work that did not have a building permit to stop.

Since then, locals, activists and politicians have made it clear that they want the white stone-adorned art deco facade of the century-old monument to be saved, along with many nearby buildings declared a conservation area.

The Sandonia opened as a theater over a century ago, before becoming a cinema. It was later used as a bingo hall and pool club, but has remained empty for the past 20 years.

The old cinema is in a historic part of Stafford, Staffordshire. In the 19th century, the southern part of the Common Quarter, also known as Foregate, was the heart of Stafford’s boot and shoe manufacturing industry.

Last month, a demolition request was submitted to the authority by the developer, 11 weeks after the start of the demolition work. Affordable housing could be built on the site if the plans are approved by the council.

“The applicant intends to develop the site in the future for an affordable housing program which was the subject of initial discussions with city council, to provide much needed housing for local residents. However, this will be the subject of a separate accommodation request in due course.

Speaking about the app, Jack Pearce, who heads the Save our Sandonia campaign, said: “We are deeply saddened to see this short-sighted demolition request made, but not surprised. The previous illegal demolition attempt made it clear the owner’s intentions.

“This new plan mentions the demolition of the Sandonia to make way for housing – but no developer appears to be involved and real demand is for no construction; thereafter, the land could remain empty for years.

“In the opinion of many local residents and councilors from Stafford, the 20th Century Society, SAVE Britain’s Heritage, the Cinema and Theater Association and of course our own countryside, the century-old Sandonia is a fantastic heritage for our city. , which in the years to come could bring enormous cultural and economic benefits.

Stafford’s 21-year-old archeology student, in photo below, added: “We will soon be releasing an alternative plan for the future of Sandonia, which includes maintaining the facade and foyer of the Sandonia and reallocating the building for commercial and residential use.”

Common Quarter Councilor and Labor Opposition Leader Aidan Godfrey said: “Although the Sandonia is immediately outside my neighborhood, the loss of its historic facade would be a great disgrace and a loss for the whole area. . “

His predecessor at the head of the Labor Party, Jack Kemp, who represents the Coton district where Sandonia is located, called for the candidacy to be decided by members of the planning committee.

Architect Aaron Chetwynd pointed out how saving Sandonia as part of a larger conservation area could encourage local businesses to follow suit, as some are already doing. Mr Chetwynd is a past Chairman of the North Staffordshire branch of the Royal Institute of British Architects and a member of its National Council.

He has been working for several months with residents, landowners, businesses and municipal officials on the idea at their request.

“It is high time that we paid more attention to the rich industrial heritage of Stafford,” said Mr Chetwynd, who lives and works in a listed building in Ingestre, which became the borough’s first conservation area in 1968.

He added: “Just look at the shoe district of Northampton or the jewelry district of Birmingham to see how we could improve the communities of Marston Road and Sandon Road.”