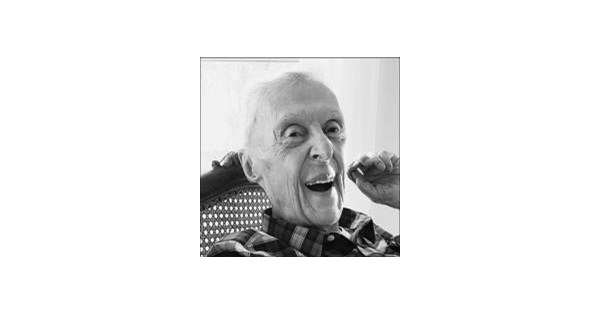 By Richard P. Thomas On Dec 15, 2021
Share
SPENCE, John Frederic, Jr. Retired CEO of Rockland Trust Company John, 95, of Duxbury, passed away peacefully at his home in The Village at Duxbury, MA on December 13, 2021. He was born in Brockton, MA, on July 8, 1926, the son of the late John (Sr.) and Grace (Joyce) Spence. He attended Rockland Public School, then graduated from Phillips Exeter Academy in 1943. Due to war conditions, he went straight to summer school at Harvard. During his college days he joined the Navy V12 program and was made a Supply Officer in 1945. A little known fact that he told his children was that he had had breakfast on the day of. Thanksgiving, on a destroyer between Tsing Tao and Inchon. He spent a year in the Navy and returned to Harvard to complete his class in 1947. Returning to Rockland, he went to work with his father at Rockland Welting Co. and served on the Rockland School committee. As the welt business declined, due to changes in shoe manufacturing, he began working for the Rockland Trust Co. in 1965. Starting as a loan officer (a job he was in charge of). more proud), he then rose through the ranks to become Chairman of the Board and CEO. He retired at the mandatory age of 72 in 1998. He married Betty Cameron Spence (Cam) on December 30, 1950, and they were fortunate enough to celebrate 60 wedding anniversaries. Living in Duxbury, MA, they raised five children and were members of Holy Family Parish. As a member of the Frostbiters, in the Duxbury Bay sailing community in the 1960s, he only once experienced a dip in the icy waters. Was it a big story that he told us that he put some of his children in the boat to ballast them? With his wife and friends he enjoyed sailing both in New England waters and further south. He felt that traveling was an adventure that he loved to share with his wife and with his children. All of her children remember taking a tour of a city on the first day, so they can then explore on their own. He also studied all the banks to get the best exchange rate. In his later years, he especially enjoyed taking his family to more distant places, such as the Canadian Rockies, Newfoundland and Sardinia. He was proud of his community service which included: three terms on the Duxbury School Board during the 1970s; member of the Community Action Council; as Assistant Treasurer of South Shore Hospital and Treasurer of Jordan Hospital. He has also been an important supporter of his wife’s special charities and interviewed alumni for Harvard College, for South Shore students for many years. After the death of his wife in 2011, he sold the family home on Linden Lane. I happily moved into a beautiful, sunny apartment in the Village at Duxbury. He was an active participant in the village community. He continued to enjoy the town of Duxbury, still enjoying taking walks with his children in the town, commenting on its beauty. Using one of his favorite superlatives, his family want him to be remembered as a “good scout” and in all respects a generous man. He is survived by: his five children, Nancy of Cambridge, MA, Carolyn (Jay Newton) of Gilford, NH, Elizabeth (Jon Garrity) of Palermo, ME, John Spence III of Los Angeles, CA, and Sarah (Geoff Smith ) from Brookline, MA; her seven grandchildren, Eleanor, Zachary (Eileena), Wren, Meg, Ann, Peter and Jack (Ashley); and five great-grandchildren, Jordan, Skylar, Mya, Harvey and Theo. He was predeceased by his wife of 60 years, Cam; and brothers, Robert Spence of Scituate and William Spence of Hingham. Visiting hours at Sullivan Funeral Home, 501 Washington Street (Route 53), HANOVER, MA, Friday, December 17, 2021, 4 to 7 p.m. A funeral mass will be celebrated at Holy Family Church, 601 Tremont Street, Duxbury, MA, at 12:00 p.m. (noon) on Saturday December 18, 2021. Private interment will be held in St. Patrick’s Cemetery, Rockland, MA . In lieu of flowers, contributions can be made to the Duxbury Interfaith Council (PO Box 1161, Duxbury, MA, 02331) or to any charity of your choice. For directions and an online guestbook, visit sullivanfuneralhomes.com