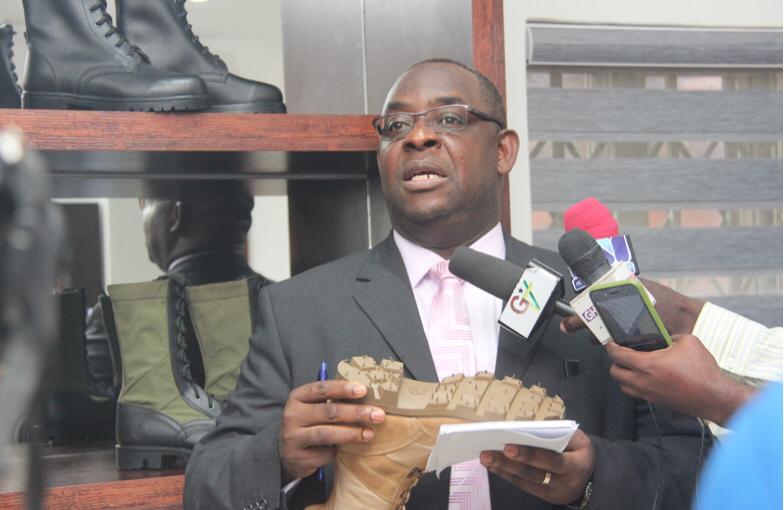 Kumasi Shoe Factory is poised to produce women’s clothing and custom shoes for people with diabetes.

The move by DIHOC Footwear Division, a joint venture between the Ghanaian Armed Forces and a Czech company, Knights, is part of plans to diversify its production.

Chairman of the Board of Directors of DIHOC Footwear Division Limited (Kumasi Shoe Factory), Dr. Karl Laryea revealed this during the official opening of the showroom in Accra.

He explained that specialized shoes for people with diabetes should help them heal faster.

Dr. Laryea said such shoes were not in the Ghanaian market, and that is why DIHOC Footwear Division intended to take advantage of them and produce for Ghana and beyond.

He said the factory, which produced safety and security boots and shoes for uniformed security agencies, was now manufacturing to meet demands from the general public.

“We only made safety boots and safety shoes for safety agencies as well as the construction industry, but this year we introduced fashionable footwear,” he said.

Dr. Laryea also revealed his intention to expand his operations to other African countries to take advantage of the African Continental Free Trade Area (AfCFTA).

He cited how the company had entered into discussions with the Angola Police Service to provide boots and shoes as an example.

“We have also been in contact with the African Continental Free Trade Area (AfCFTA) secretariat on how to enter other African markets, and the discussions appear to be positive,” he said.

He said the DIHOC Footwear division has strengthened its capabilities with the right machines to produce quality footwear to meet market demand.

“We have all the machines used in Asia, Europe and America to produce quality shoes with international standards for the market,” Dr. Laryea added.

5 ways to get cash when you need it