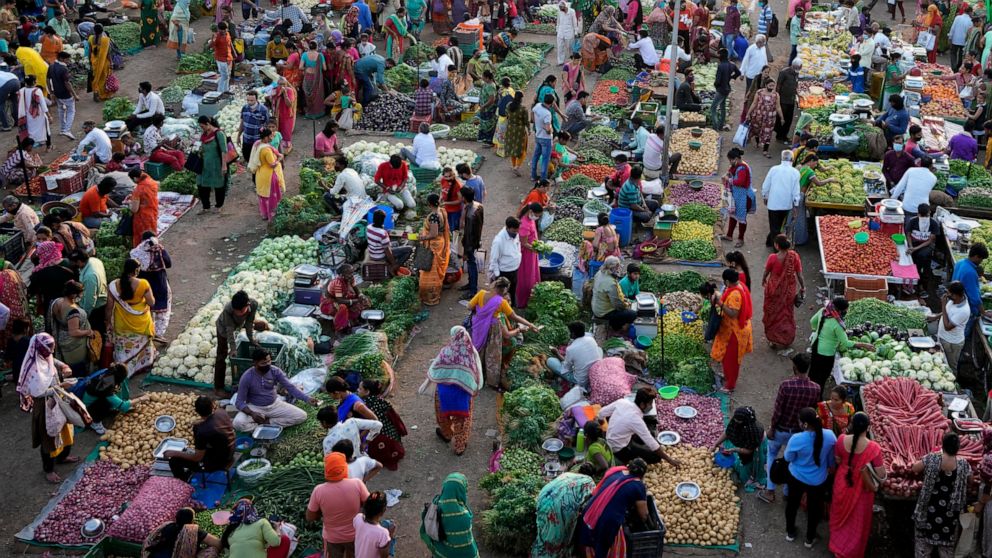 Markets are crowded again. Traffic blocks the roads. Migrant workers have returned to the cities. And young people are back in schools and universities – many of them for the first time in years.

It’s not quite like this before the COVID-19 pandemic — mask mandates still exist in some places — but with infections steadily declining, life in South Asia is returning to a sense of normalcy.

The mental scars from last year’s Delta outbreak linger – particularly in India, where health systems have collapsed and millions are likely to have died – but across the region, rates of High vaccination rates and the hope that the highly contagious omicron variant has helped boost immunity give people reason for optimism.

While experts agree opening up was the right move amid falling case numbers, they warn optimism should be tempered by lessons from the past two years.

Dr Gagandeep Kang, an infectious disease expert at the Christian Medical College in the southern Indian city of Vellore, said the government should start preparing now for the next medical emergency, “that it’s whether it’s COVID-19 or something else”. She said new variants remain a concern, particularly if the virus mutates into a more deadly version while retaining its infectiousness.

Those concerns were put aside in Nepal this week as hundreds of thousands gathered at Pashupatinath Temple in Kathmandu for a festival of the Hindu god Shiva.

“I had to wait for hours – since morning – and finally I was able to visit the temple,” said Keshav Dhakal, a pilgrim.

Sri Lanka’s pristine beaches are full again. Young people sway to music and devour spicy curries with friends. Some restrictions remain on the island – masks are compulsory in public places – but the government hopes foreign tourists will return soon, helping to bolster its faltering economy.

The island nation was so short of hard currency during the pandemic that authorities had restricted car and fertilizer imports. Now it is using its dwindling reserves to pay for the increasingly expensive oil needed to sustain the economy.

“I am happy that life is coming back,” said Ruwan Chamara, a construction worker who says he has attended several concerts in recent weeks after nearly two years of “living in an open prison”.

The Indian government is also focusing on economic rejuvenation. In addition to the loss of life, the pandemic has also impoverished millions of people, including many of the most vulnerable. The strict lockdown, announced with hours’ notice in 2020, forced thousands of people to walk home to their villages from the towns where they worked. These workers have now started to return to the cities, as activity resumes in factories and construction sites.

“Because of the confinements, we have nothing. If we don’t work, we don’t eat. If we don’t eat, we die,” said Devendra Kumar, a young laborer working at a construction site in New Delhi.

Kuldeep Singh Tomar, 38, a shoe store owner in New Delhi, said sales had risen from about $400 a day in January to twice as much as in February. Before the pandemic, he said he would earn more than $1,300 a day.

In Bangladesh too, people are cautiously removing their face masks while coping with the fallout of the pandemic. For many, the virus itself now looks like a minor issue compared to others people are facing, such as inflation and job losses, said Mir Arshadul Hoque, a former student at the University. from Dhaka.

“Overall, I think people have mentally moved away from coronavirus,” he said.

But no distance can completely erase the difficult memories of the past two years: overwhelmed hospitals, overwhelmed cemeteries, exhausted doctors.

“The past two years have been unbearable for us,” said Habibul Bashar, former captain of the Bangladesh cricket team.

“We certainly don’t want to go back to an earlier time,” he said.

What happened to loans between individuals?