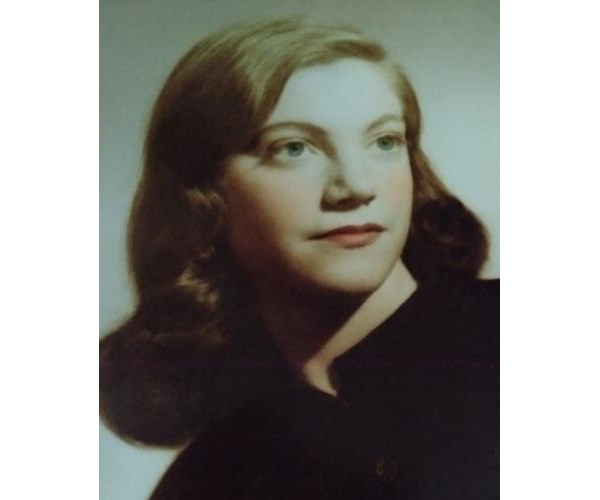 Martha Ella (Mosely) Walters June 14, 1930 to August 8, 2021 Mum passed away on a Sunday evening, August 8. She had just enjoyed a family dinner with all of her caregivers and had been tucked into bed. She was happy and content. Checking it in later, she had died in her sleep. She was living with Lewy Body Dementia and still found joy in her everyday life. Her stories growing up in Washington DC and her life experiences as a submariner’s wife that she shared kept everyone laughing until her death. She lived a busy life to the end and her wish was granted to “go” to sleep before she knew who she was. Formerly of Dale City, Virginia, she was predeceased (1996) by her late GM1 husband Charles Christman Walters US Navy and later he was employed by the District of Columbia Federal Penitentiary System in Lorton. She was born June 14, Flag Day, 1930 to William M Mosely and Jamie B. Petty in Washington DC. She was one of the many children. Again on June 14, she got married on her 25th birthday on the steps of City Hall, Charleston, SC. so as not to be an “old maid” for GM1 Charles Christman Walters, US Navy. Chris was a tall, handsome, charming sailor, especially in his Navy uniform. They had 2 children at the Key West Naval Hospital and 2 more at the Jacksonville Naval Hospital. She was a dedicated and strong mother who raised the children when Chris was at sea. She is survived by her four children, LCDR Lisa-Marie Walters Griffiths US Navy married to Brian J. Griffiths of Ashford, CT, Patrick Chris Walters from Fredericksburg, VA, Lori Lee Walters from Fairfax, VA and Michael Chris Walters married to Tracy Walters from Partlow, VA plus their 3 beautiful daughters. These granddaughters were so special to her. Former SSgt Brittany Lea (Walters) Bradford, Air Force married to Trevor Bradford of Jonestown PA, Jessica Lynn (Walters) Orlando married to Jason Orlando of Fredericksburg VA and Brooke Walters of New Cumberland PA. One of mom’s few regrets in life is not meeting her 4 precious great-grandchildren Tanner, Lucy, Asher and Tucker. The hardest part of life at 91 was seeing all of her siblings and most spouses die first. She is survived by her brother-in-law Marvin “Monk” Sampson of Palm Bay, Florida. Four of mom’s siblings and families had moved to Palm Bay in the 1980s and they had continued to have a close relationship in the Sunny State for many decades. She was a strong independent model as an aunt to many nieces and nephews. Three nieces, Carol, Janet and Shirley continued to please her with their phone calls, memories and sending old “black and white” photos of good times in DC and Maryland with her sisters and girlfriends. The Walters family cannot thank Theresa Munno, Brianna Fidilio and Sierra Fidilio enough. The high quality of care Mom has received over the past 3 years is what I wish everyone living with dementia. They became his loving and caring family. A small funeral service for immediate families was held on August 19 at Marine Corp Chapel Quantico, Va., Led by Chaplain / Commander Michael B. Chaney, of the US Navy and burial at Quantic National Cemetery where she joined Chris again. Its carriers were Brittany Bradford, Jessica Orlando, Brooke Walters, Theresa Munno, Brianna Fidilio and Sierra Fidilio, the important women in his life. The eulogy was delivered by his eldest daughter Lisa-Marie. Mom loved her Red Hat Ladies friends and believed in dessert first. It became a reality, ice cream for breakfast to help her gain weight in the end. Mom and Dad had been active members of the Greater Palm Bay Senior Center since the move to Florida. Dad played cards and billiards there while Mum worked in the kitchen and at the cashier for Bingo. She continued to volunteer until she was 80. For over a decade, she collected coupons at the Senior Center to send to military families in Germany. On military bases, you can use a grocery coupon up to 6 months after the expiration date. Soon baskets of coupons were left to him. All of her siblings collected coupons from their neighbors. She would sit for hours with tall piles of newspaper flyers. Each month, a full shoebox would be mailed to the military base. Every year she received a thank you letter from the base commander and she treasured those letters. She loved animals and had only one pet, her poodle named Jimmy. She has always made donations to the ASPCA and local animal shelters. In memory of my mom, please consider a donation or better bring a bag of dog or cat food to your local shelter. Rest in peace mom, you deserve it.

JésùSégunlondon shoes set to expand in the African market

The art of shoemaking