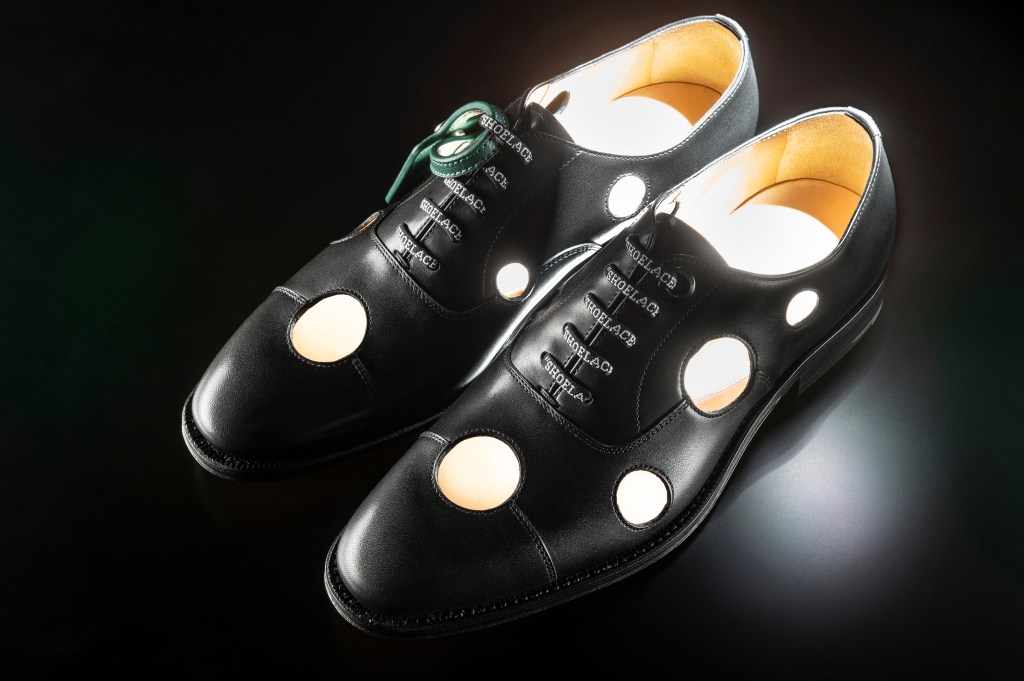 The second iteration of the genderless capsule collection featuring Church’s Consul Meteor shoe marries the progressive ethos at the heart of the late Virgil Abloh’s “Question Everything” philosophy, with the craftsmanship tradition and stylistic history of Church’s, the brand British company founded in 1873 which is now owned by Prada.

The capsule is reminiscent of another iconic model from the British brand: The Consul. For this style, classic Off-White “Meteor” detailing is central to the design, incorporating circular holes throughout the body of the shoe.

The Abloh-imagined “Meteor Shower” premise, with its signature circular cutouts, is reminiscent of both Swiss cheese holes and meteor shower craters. The shoe, according to a joint statement from the brand, is being reinvented in more luxurious materials and bulky shapes.

Made on 173, the shoe dates back to 1945 and was named after the English ambassadors and politicians who wore it and quickly became a distinctive symbol of Britain’s high aristocracy of the time.

The Oxford model is made of finely brushed and polished black calfskin. It features large holes in the upper and is finished with an Off-White hang tag and laces which, in keeping with Off-White’s style, are labeled ‘laces’. Consul Meteor shoes for men and women retail for $1,590 on Off-White’s website and $1,650 on Church’s website.

The shoe is on sale at Off-White stores and website, Church’s stores and church-footwear.com, from Tuesday.