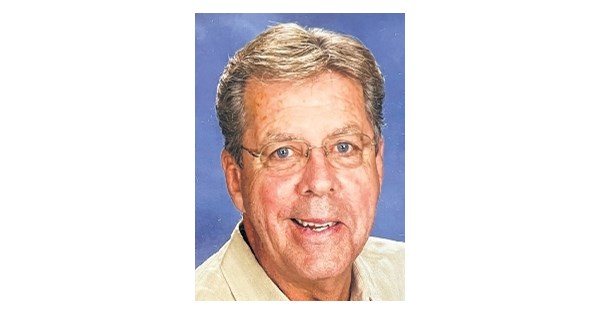 By Richard P. Thomas Last updated Oct 13, 2021
Share
PATRICK J. McelliOTT Cedar Rapids Patrick J. McElliott, 74, of Cedar Rapids, Iowa, passed away on Friday, October 8, 2021 at Mercy Medical Center. The family will welcome friends from 4 p.m. to 8 p.m. on Thursday, October 14 at the Stewart-Baxter Funeral and Memorial Services, 1844 First Ave. NE, Cedar Rapids, Iowa. A Rosary and Vigil service will begin at 4 p.m. Interment to follow at Mount Calvary Cemetery, Cedar Rapids. Those unable to attend funeral mass are encouraged to watch the service live. Please find the live stream link on Pat’s Tribute Wall and share your support and memories with his family on www.stewartbaxter.com under obituaries. Pat was born July 27, 1947 in Cedar Rapids, Iowa, the son of James “Cap” and Colette (O’Neil) McElliott. Pat attended St. Patrick’s Catholic School in Ryan, Iowa, then transferred to West Delaware High School in Manchester. After graduation, Pat went to work for construction furniture for the Amana company. His next business was at Cedar Rapids, working with Ron Davis at Elm Standard as a mechanic learning the trade. Pat then went to work at Penick & Ford while doing construction work helping to build Collins. Pat married Diane Stark on November 6, 1970, at St. Patrick’s Catholic Church, Cedar Rapids. He then moved to Craemer’s Department Store as a salesperson in the shoe department, then became a shoe buyer and manager of Lindale and Downtown stores. When Craemer closes, he meets Gary Wakefield. Gary gave Pat a Country Kitchen franchise. Pat accepted the offer and was trained by George and Cheryl Irish at 6th Street Country Kitchen. After completing his training, Pat opened the Marion, Cedar Rapids and Iowa City country kitchens. He went from Country Kitchen to owning and operating six Happy Chef restaurants. After the restaurant, Venture Pat sold office supplies for Erb’s. Then he did some landscaping. Pat then returned to the food industry working for Godfather’s as Director of Operations in states ranging from Minnesota to Texas. After living in a company for a few years, Pat decided to be her own boss again and open her own restaurant, The Sports Page. After 10 years he sold it and in 1994 he started selling home renovations for US Window. Diane died on January 8, 2005. Pat married Cindy Larkin on March 25, 2006, at St. Matthew’s Catholic Church, Cedar Rapids. Pat’s Catholic faith was important to him and he tried to encourage all he knew to follow the laws of God. He was known for his hard work ethic and ability to get the job done. Pat is lovingly and survived by his 15 year old wife, Cindy; sisters, Jan (George) Howes of Shawnee, Kan., Judy (Jerry) Flanagan of Cedar Rapids, Jeanine Reilly of Ankeny, Jayne (Gary) Shuster of Dubuque and brother, Mike (Diane) McElliott of Ryan; sister-in-law, Linda Wilkins; and several nieces and nephews. His parents died before him; young brother, Richard; little sister, Patricia; first wife, Diane; sister, Joanne Drahozal; and brothers-in-law, Gil Wilkins, Jerry Drahozal and John Reilly. Instead of flowers or memorials for Pat, the family respectfully requests to pray for Pat or have a Mass offered for him.