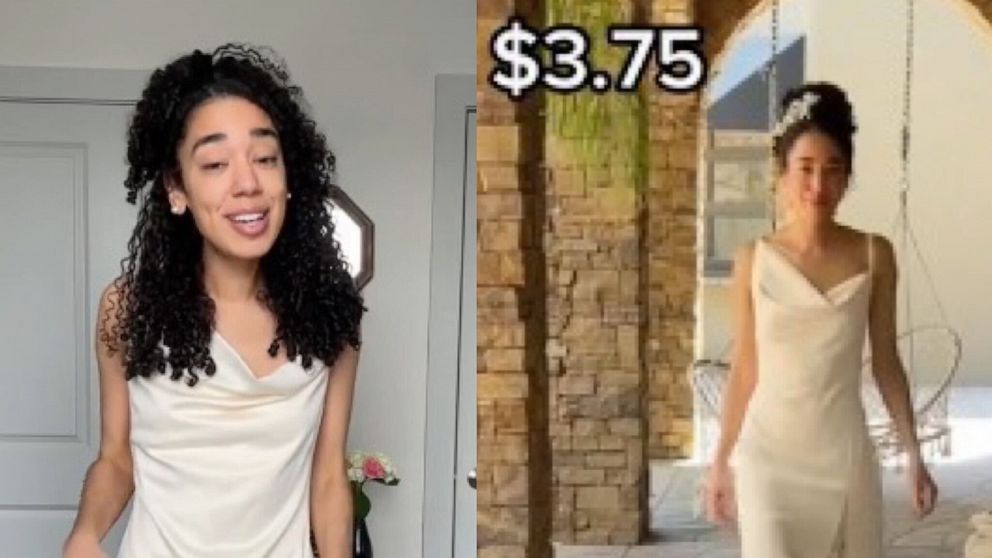 You can buy a set for $3.75…including a wedding dress.

Along with several other brides this year, Jillian Lynch caught the eye of millions after revealing she spent less than $4 on her wedding dress.

A month before her wedding, Lynch shared a video on TikTok where she explained that she shopped at thrift stores in Ohio to find a potential look that could work for her big day. She pulled out a Camila Coelho Reyna Maxi dress which was new with tags. It was initially priced at $4.99 but was on sale for $3.75.

After trying on the dress, Lynch still wasn’t completely sold, and she asked her followers for their thoughts. While many liked the dress, others suggested that she modify it.

Along with the dress, the Dallas-based digital designer found a pair of short-heeled shoes from Visanze Collection for $8.

Fast forward to Lynch’s wedding in May, when she shared a video wearing the dress and shoes she told her followers about in April. The base grand total for her look was $11.75.

Lynch noted that she had to spend an additional $110 on modifications — which still left her set under $125.

“I’m pretty sure the baby’s breath costs more than the dress,” she captioned the video jokingly, referring to the tiny white flowers placed in her bun hairstyle.

Since being posted, Lynch’s videos have racked up over two million likes and thousands of people shouting how beautiful she looks.

Lynch is no stranger to thrift fashion and often shares her shopping trips on TikTok. She showed everything from smart casual looks to dressier two-piece sets and even boots which were all snagged on the cheap.

The newlywed recently showed off her first savings experience in Dallas, where she was seen picking out several items ranging from clothes to homewares that all cost less than $60.