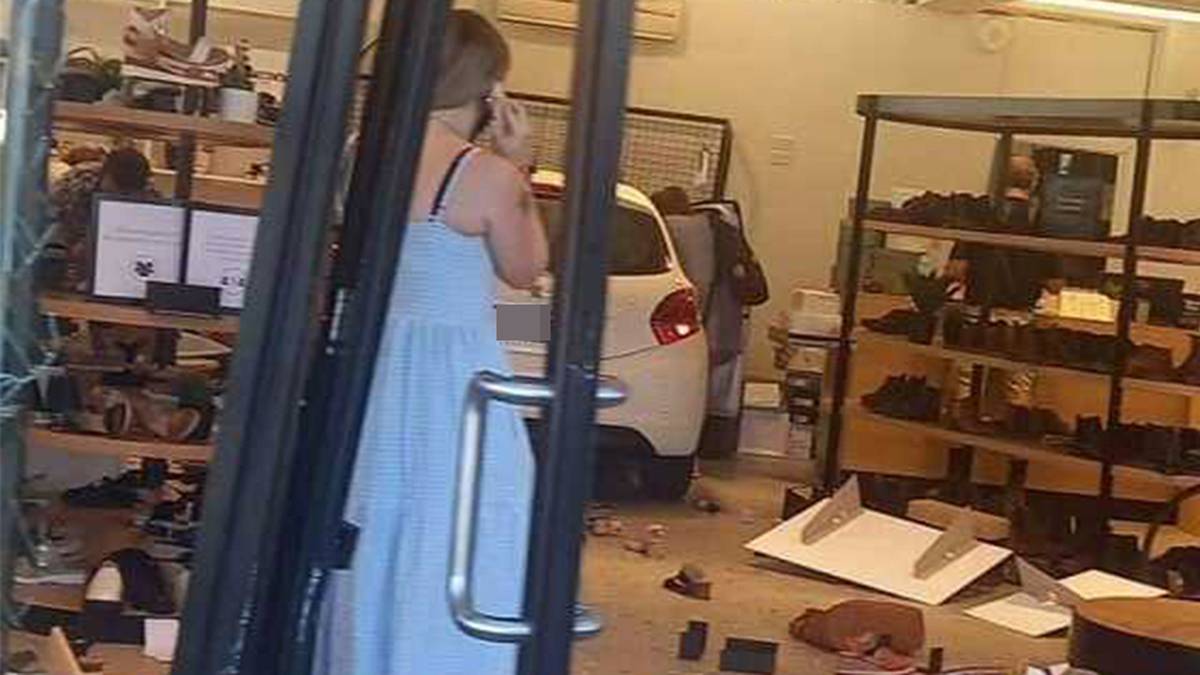 A car crashed into a storefront in Taupō. Photo/NZME

The Hutt Valley local, who owns a home in Taupō, was browsing shoes at Merchant 1948 Footwear on Te Heuheu St when a car crashed outside the store, pinning her against shelves.

“I had just been over there to pick up a pair of shoes that I’ve wanted for a while,” Sue says.

“The assistant came over and asked me if I needed any help but I told her I was fine. She went back to the counter which very fortunately is next to the store.

“I was looking at the shoes on the back wall and I heard a car revving quite loudly. I was like ‘oh, what is that?’ I turned around and saw the drive into the store.

“Apparently the driver had put her foot on the accelerator instead of the brake and crashed into the back wall of the store.”

Sue was knocked down and got stuck between the car and shelves.

“I just went straight down to the ground and got stuck, my arms hanging over the screen and the car was in the back wall.”

A number of people, staff from the store and neighboring stores, shoppers and emergency service personnel were able to help Sue out of her difficult situation and she would like to express her gratitude to them.

“They were wonderful. The man from Argus Fire Systems who was the former ambulance driver, I’m sorry I don’t have his name, who talked to me all the time to keep me from being in a state shock, Lauren who kept reassuring me, the lady who phoned my husband, all the traders who came to help, and especially all the ambulance, firefighters, police, nurses and the doctor of the ‘hospital.

“They took me to the ambulance and to the hospital. I’m very lucky to only end up with a few cuts and bruises because it could have been much worse.”

The experience did not deter Sue and her husband from future trips to Taupō.

“The shop then sent me a beautiful bouquet of flowers. It was really nice and I want to thank them too.”